An interesting side note (to me) of writing about leadership and executive coaching in Denver is the dialouge generated with readers. Acknowledgements, questions, personal stories and yes, even complaints, arrive on my computer like messages from far distant but very connected lands

An e mail exchange with reader Rolland Vasin led to his offering to write a guest posting. It’s a bit more intellectually challenging than my regular Extraordinary People rants – cuz Rolland is a lot smarter guy than your host. It’s a slightly different and very personal approach to the wisdom of “The Golden Rule.” I think you’ll find it interesting.

If you have something to share with my wonderful readership, please send it on. Of course, I might say “no” … hopefully politely … or edit heavily. I would love to hear from you! With love and respect, Robert 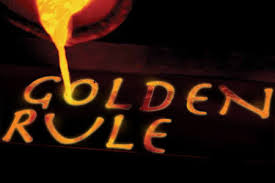 My Dad was a self-taught writer and class-conscious advocate of social justice. He graced me with fatherly love, good grammar, and intellectual debate. Through these attributes I learned, both by his repetition and example, that the lower classes talk about other people (gossipers, quidnuncs), the middle classes talk about things (Materialists, Bourgeoise) and the upper classes talk about ideas, and that my highest path was to always talk about ideas...presumably surrounding myself with similarly-mind people who also practice quidnunc-trumping every day by avoiding discussions about others or things.

Now that I am on the verge of becoming a grandfather for the first time I ask myself how to pay these values forward to the next generation, not as a bigot in the way my father did in his class-labeling sense, but as an expression of the Golden Rule.

Since I entered addiction recovery the year I divorced, I have practiced a deity-centered faith based on the principles encompassed in this Talmudic story which has been associated with what is commonly called the Golden Rule:

"... a certain heathen came before Shammai [a Hebrew priest before the destruction of the second Temple] and said to him, "make me a proselyte, on condition that you teach me the whole Torah while I stand on one foot." Thereupon he [Shammai] repulsed him with the builder's cubit [architect's ruler] which was in his hand. When he [the heathen] went before [Rabbi] Hillel, he [Hillel] said to him, "what is hateful to you, do not do to your neighbor: that is the whole Torah, while the rest is commentary thereof; go and learn it."

Part of why I like this story is that most people view Hillel as the nice guy and Shammai as the bad guy … when it is probably the other way around.

So while I think that Hillel's response is the more allowing, I feel, like Shammai, that there's more to living the Golden Rule than observing it in the breach by others ... kind of what Hillel said too ... "go and learn."

After a year or so of my recovery, my son entered addiction recovery as well and since then, about fifteen years, we have shared a faith in a Power greater than ourselves based on daily recovery, unity, and service, which I believe parallel the practice of Judaism but without the rituals of Judaism … sort of 613 knots(mitzvahs) without the talits (prayer shawl).

Our spiritual bond and synergy arises from our individual choice of the unique form of Deity we each hold, which while described differently, translates into not doing to our neighbor anything that would hurt us, centered around the same action steps Dad used …surround yourself with people who talk about ideas, not things or other people, except that, to my son and I, there are no classes, no labels, no quidnuncs...only brothers and sisters.

In anticipation of the pending birth, my boy and I have redoubled our practice of these steps of inclusion and equanimity and pray that we live the twenty years or so it will take to see how grandson trumps quidnuncs in a proactive, loving way. -Rolland Vasin

Our theme is The Golden Rule:

“Look around you. The trees, flowers, birds, every animal and insect; every living thing. It’s miraculous. And it is all going to die. You will too, and so will all of those you love. The time will come when you will have to say good-bye to people. You don't know when. It could be tomorrow or next week. Yet, we live as if it will never happen. We get angry with our children or our partner, then leave for the day or longer, forgetting that if something terrible were to befall them, our last words would have been words of resentment and frustration, not love. And we would have to find a way to live with that.” from “Living an Extraordinary Life” by Denver Executive Coach, Robert White

"When people look back upon their lives, they ask three questions that determine their sense of whether it was meaningful: Did I give and receive love? Did I become all I can be? Did I leave the planet a little better?" Elizabeth Kubler-Ross 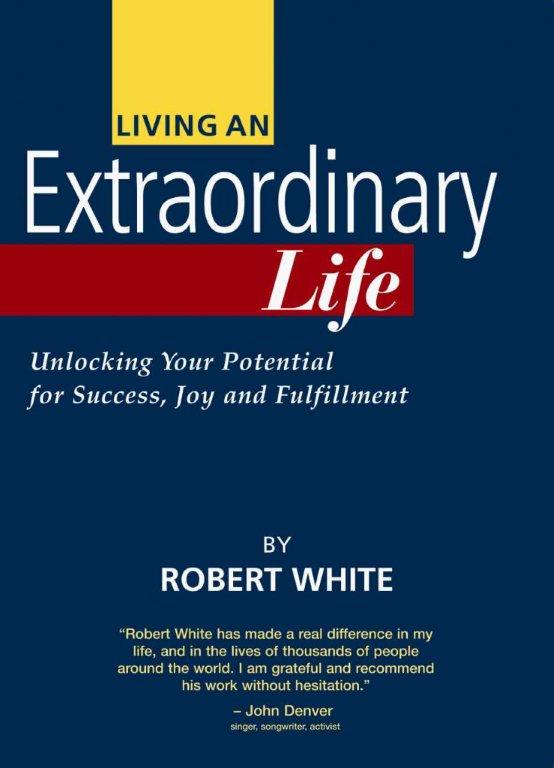