The following article by Rabbi Jack Reimer was originally published in the Houston Chronicle. I believe it is more than a “good read” and actually points the way toward factors of success of living an extraordinary life. To paraphrase my late friend John Denver, “I was going to write it but Rabbi Reimer wrote it first ... and wrote it beautifully.”

“On Nov. 18, 1995, Itzhak Perlman, the violinist, came onstage to give a concert at Avery Fisher Hall at Lincoln Center in New York City. If you have ever been to a Perlman concert, you know that getting onstage is no small achievement for him. He was stricken with polio as a child, and so he has braces on both legs and walks with the aid of two crutches.

To see him walk across the stage one step at a time, painfully and slowly, is a sight. He walks painfully, yet majestically, until he reaches his chair. Then he sits down; slowly, puts his crutches on the floor, undoes the clasps on his legs, tucks one foot back, and extends the other foot forward. Then he bends down and picks up the violin, puts it under his chin, nods to the conductor and proceeds to play.

By now, the audience is used to this ritual. They sit, quietly, while he makes his way across the stage to his chair. They remain reverently silent while he undoes the clasps on his legs. They wait until he is ready to play.

People who were there that night thought to themselves: ‘We figured that he would have to get up, put on the clasps again, pick up the crutches and limp his way off stage – to either find another violin or else find another string for this one.’ But he didn't. 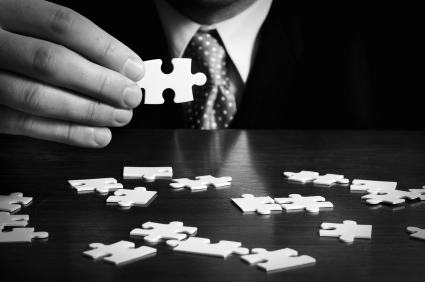 Instead, he waited a moment, closed his eyes and then signaled the conductor to begin again. The orchestra began, and he played from where he had left off. And he played with such passion and such power and such purity as they had never heard before.

Of course, anyone knows that it is impossible to play a symphonic work with just three strings. I know that, and you know that, but that night, Itzhak Perlman refused to know that. You could see him modulating, changing, recomposing the piece in his head. At one point, it sounded like he was re-tuning the strings to get new sounds from them that they had never made before.

When he finished, there was an awesome silence in the room. And then people rose and cheered. There was an extraordinary outburst of applause from every corner of the auditorium. We were all on our feet, screaming and cheering, doing everything we could to show how much we appreciated what he had done.

He smiled, wiped the sweat from this brow, raised his bow to quiet us, and then he said, not boastfully, but in a quiet, pensive, reverent tone, ‘You know, sometimes it is the artist's task to find out how much music you can still make with what you have left.’"

What a powerful line that is. “…. sometimes it is the artist's task to find out how much music you can still make with what you have left."

It has stayed in my mind ever since I heard it. And who knows? Perhaps that is the way of life – not just for artists but for all of us. Here is a man who has prepared all his life to make music on a violin of four strings, who, all of a sudden, in the middle of a concert, finds himself with only three strings. So he makes music with three strings, and the music he made that night with just three strings was more beautiful, more sacred, more memorable, than any that he had ever made before.

So perhaps our task in this shaky, fast-changing, bewildering world in which we live, is to make music, at first with all that we have, and then, when that is no longer possible, to make music with what we have left.” It's important to add these principles to any leadership strategies we use in our professional and personal lives. 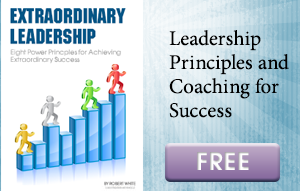 Stuff happens...In our personal and professional lives. I've spent the last thirty years of my life learning, teaching and living the reality that while I can't alter circumstances, I am accountable for my choices that lead into those circumstances and the attitude and choices that follow. 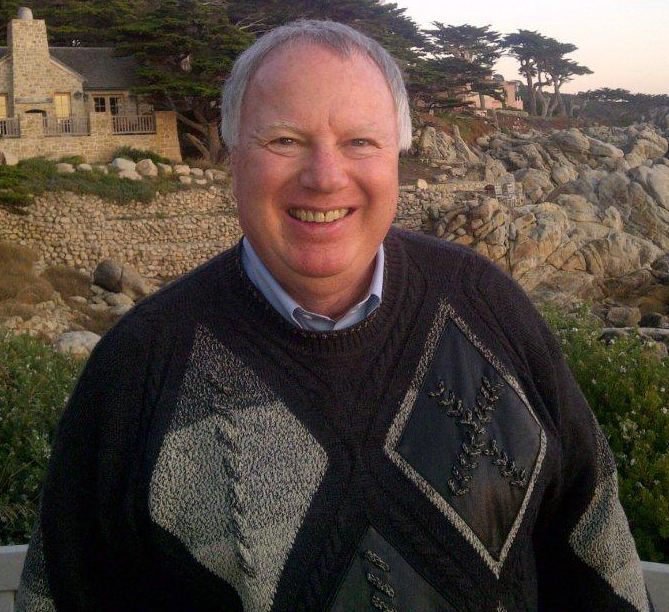 Today is the day for you to take charge of your life and find avenues for personal growth. Your professional goals will follow as you learn how to adapt to life's challenges and make the most of what you have. If you are searching for professional leadership training, I'm interested in meeting you and finding out how I can help. My book "Living an Extraordinary Life" is a great place to get started learning about how to become the person you were meant to be!