So here’s the story as I heard it:

On a beautiful summer day in Long Island, a “guy” is walking down the street in Sag Harbor, New York with his thirteen year old daughter.  They’ve just spent a wonderful day together on his boat and, as had been their custom for many years, were on their way to get ice cream as completion for the ideal father – daughter experience.

The “guy” is very happy to have had this special time with his daughter and he absent-mindedly begins singing aloud.  She promptly grabs his arm and in an urgent whisper says “Daddy be quiet!  You’re embarrassing me!”  (remember, she’s thirteen) 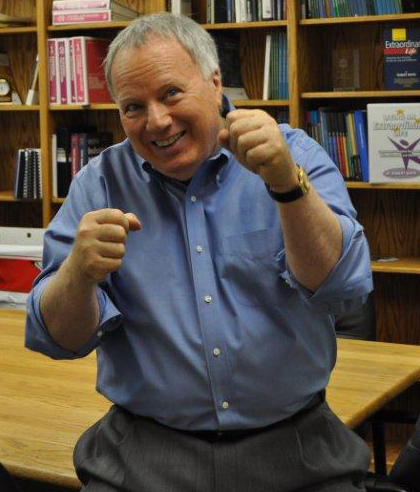 So far, the story sounds typical and could have happened to any parent, right?  It has certainly happened to me.  My daughters even bought me a bumper sticker that reads “I embarrass my children.”  And no, I did not put it on my car but it is posted in my pantry.

We all understand the teenager’s response.  It is consistent with the identity many teenagers temporarily adopt—and being embarrassed is to be avoided at all costs.

But, what about her Father’s response?  Did he understand with a smile and become quiet?  Did he apologize to his daughter for embarrassing her?  Did he sing louder “just for fun?”  Or did he react badly given a perceived insult to his ability to sing?

We all carefully construct an identity that serves our needs – especially our need for social approval.  One value of doing this is that we don’t need to repeatedly ask ourselves who we are.  We have our identity.

Events and circumstances in my life a few years ago combined to give the identity I had carefully constructed some serious shocks.  It was not fun … and it turned out to be an incredibly valuable learning experience for me.  I discovered that essentially I was not the identity I had adopted and that it had been limiting my full self-expression and full participation in my own life.

Transformational seminar leader and founder of est (now Landmark Education), Werner Erhard, once said to me that “the only purpose of the mind is to insure the survival of the ego, the identity.”  My observation is that whenever we step outside that identity, no matter how pleasurable it might temporarily be, the mind begins to work full time to return us to safety, to the identity it is comfortable being.  Absent a transformational shift our tendency is to stay within a narrow range of human experience, often referred to as our comfort zone.  Yet, it seems to me that the “bonus years” are those lived outside that niche, outside of “normal,” out in, dare I say it, “extraordinary” territory.

Oh... to complete the story from Sag Harbor, the father and daughter...

What I didn’t mention was that “the guy” in this story was multi-platinum album selling, Grammy award winning singer Billy Joel. So remember that if you’ve ever embarrassed your children by singing aloud in public, even Billy Joel got the same reaction!

Unfortunately, Billy chose the “react angrily and do damage to the relationship” route.  He took it personally that his daughter seemed to disrespect him so he yelled at her.  The very identity that he had carefully constructed so he could successfully appear on stage in front of tens of thousands of people, got in the way of his being the Father he wanted to be and the relationship he wanted to nurture.

It took him some reflection and coaching plus a year of his life to make it right with this most important person in his life and restore open communication.

What is your identity? What benefits and rewards does it bring you? After all, you would only create and maintain your current identity if it serves you. More importantly in terms of your personal growth and development as a leader, what are the limiting aspects of your identity and how are they standing in the way of full self expression, of living an extraordinary life?